Do you look up into the dark sky at night and wonder what is going on out there?

Can you see craters on the surface of the moon?

Just how many planets are there?

This week we are going to be exploring Planets and Space Exploration - a fascinating topic!

We are also very lucky to have are a talk from NASA Astronaut Jim Reilly who has recorded this presentation about his space flights.

Jim flew on three space shuttle missions - we will learn a bit more about this and the International Space Station this week.

Perhaps some areas to be thinking about are why space flight is so important? What exactly happens on the International’s Space Station and what does the future hold - where are the Astronauts going next? 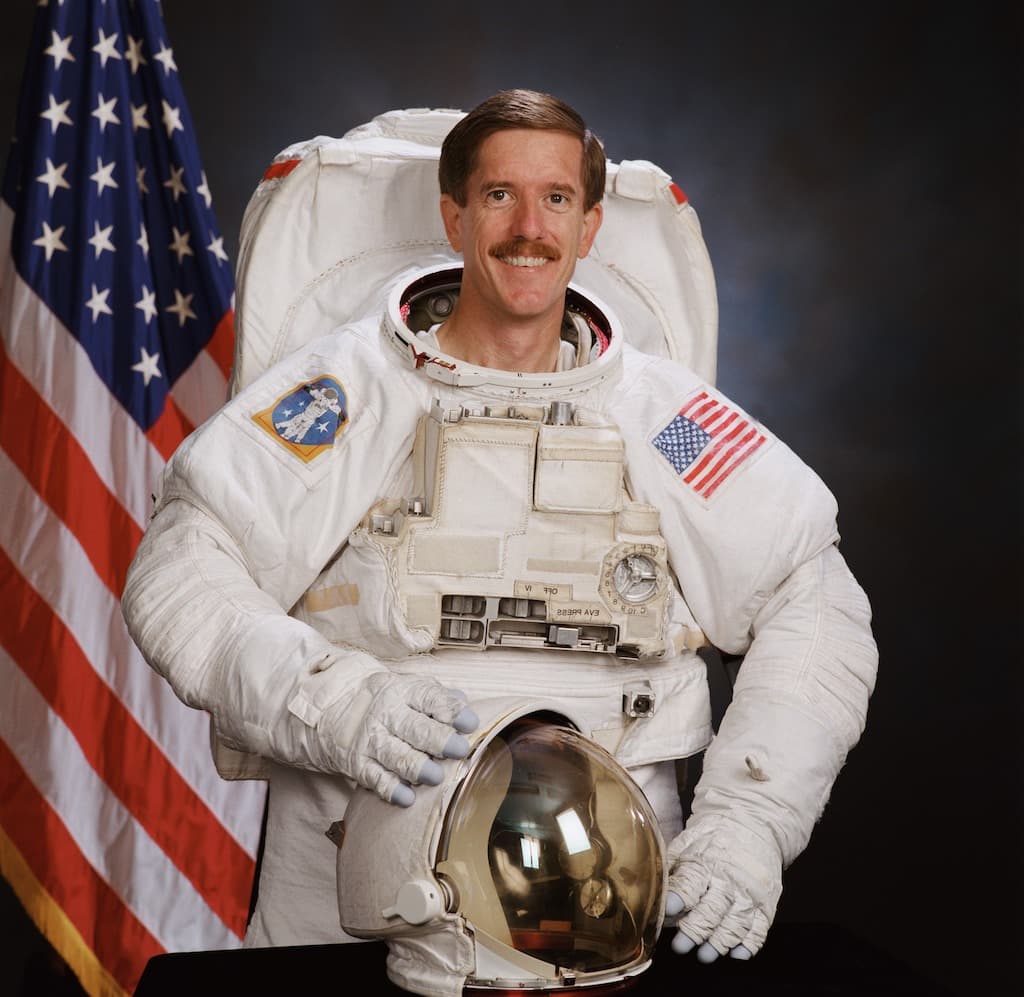 The weather has been very clear recently with very little cloud cover at night which means chilly nights, but it also means we can get a lovely clear view of the stars and the planets.

Most people live in towns and cities where it is hard to see the stars with the light pollution - being able to visit what is called a “Dark Sky” area is a wonderful thing to be able to do.

You can still do some star gazing and planet spotting from your window or garden, but you do need to wait until it is quite dark to do this so you may need to ask to stay up late one evening at the weekend.

There are lots of apps for your phone and tablet that shows you where everything is in the sky, but being able to spot them yourself and point them out to your friends and family is quite cool. There are different things to see in the sky depending on the time of year - as we know, it is Spring time at the moment so we are going to see what that brings.

If you are going out in the dark and want to keep notes as you go you will need a torch - this can spoil your dark sky vision - see if you can find a small piece of red cellophane from an old wrapper or something this will help to reduce the glare.

Get started by looking out for the Plough - this can be seen clearly all year round. It looks a bit like a saucepan. See if you can draw this from memory when you go back into the house. If you watch over a period of an hour or more (or go inside and back out later), you will notice that the Plough appears to move. It moves gradually, very slowly. As the Earth turns the stars in the sky appear to move and they appear to move around a single point - the single point is of course Polaris.

On the opposite side of The Plough you may see Cassiopeia, and of course, there is always Polaris - commonly known as the North Star.

Polaris just happens to be in a location directly above the Earth’s North Pole. If you imagine the Earths axis extended into deep space, it would point directly at Polaris. Think about a spinning bicycle wheel. The tyre moves fast but the axle at the centre remains unmoved.

Once you have spotted your first stars how about having a look at the Moon - the next super moon is 7th May - but you can still have a good look and see if you can draw the lumps and bumps on the Moon’s surface. You will be better to use binoculars if you have some or could maybe borrow a pair and see what you can observe.

Don’t forget to have a go at one of the moon activities too!

Imagine what it would have been like to walk on the moon - what an adventure! 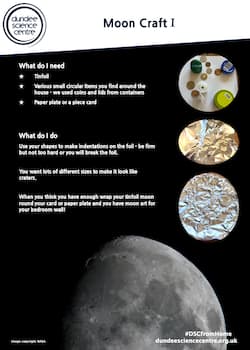 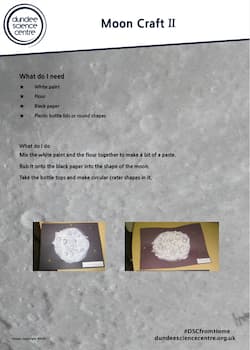 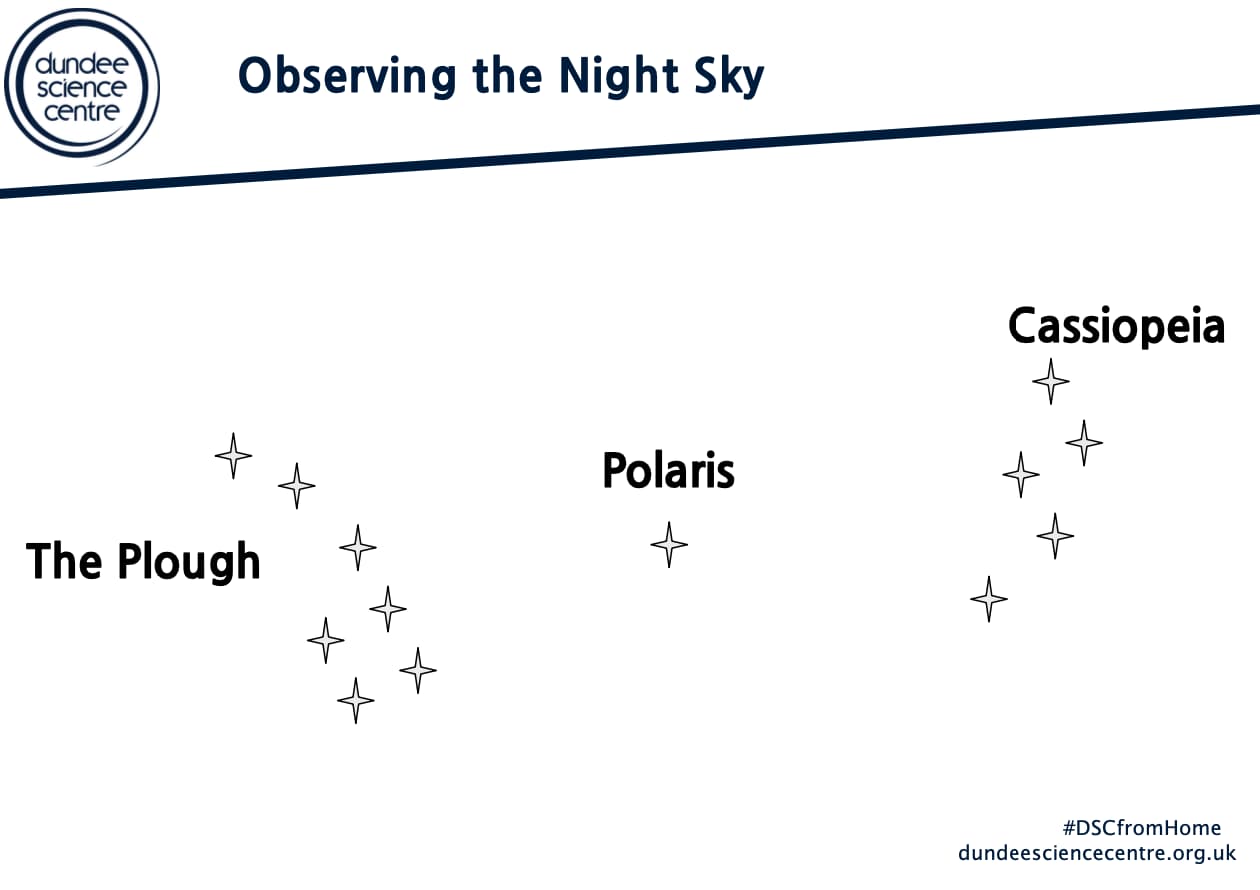 Our Place In The Universe

Our planetary system is located in an outer spiral arm of the Milky Way galaxy.

Our solar system consists of our star, the Sun, and everything bound to it by gravity - the planets Mercury, Venus, Earth, Mars, Jupiter, Saturn, Uranus and Neptune, dwarf planets such as Pluto, dozens of moons and millions of asteroids, comets and meteoroids. Beyond our solar system, we have discovered thousands of planetary systems orbiting other stars in the Milky Way.

See if you can name the other planets around the Sun? You might have to do some research...

The Sun is at the heart of our solar system and is made up of a hot ball of gas.


How We See The Planets

How we see the planets has changed greatly over the years. When we first looked at the planets our telescopes were not as powerful as today and now we have space probes that have visited many of the planets and moons in our solar system. Just look at the difference that 100 years has made to how we view Jupiter (read more in The Dramatic Way Our View of Jupiter’s Giant Red Spot has Changed Over the Past 138 Years). 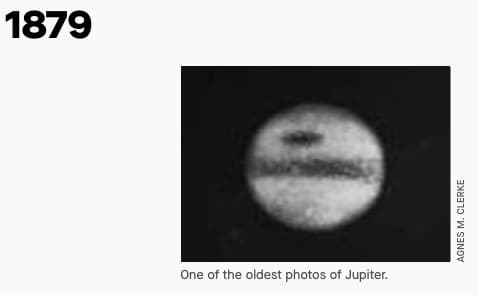 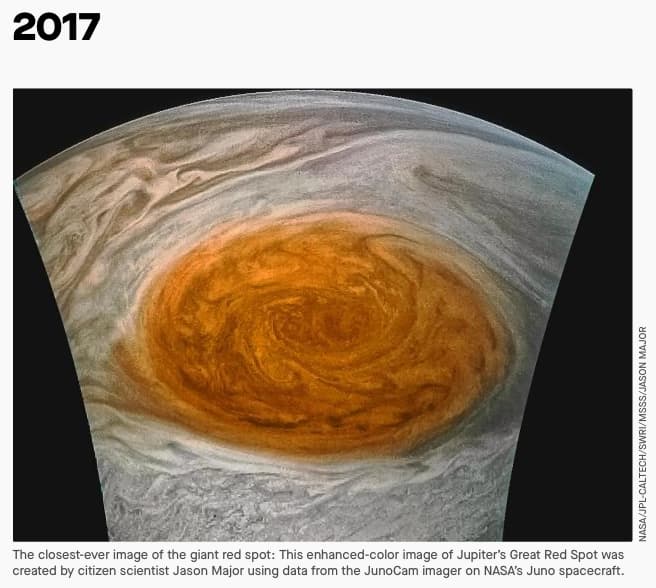 Build Your Own Solar System

Did you watch the video about the planets and where they are are in relation to the Sun and Earth?

Have a look at the worksheet and see what you can find around the house that might be close to the sizes of the objects we have suggested.

Have you been camping in the garden? If so a tent would do or perhaps a sheet over the couch - anything really.

Get started with a long measure - see if there is one in the toolbox or the odds and ends drawer and you are all set. You might need to enlist some help from someone else in the house to assist with setting out your solar system.

Can you remember which planet is nearest to Earth?

Here is a clue it is visible at the moment in the night sky (if there are no clouds) and is around 162 million miles away!


Reminder: Don't forget to come back on tomorrow to meet a real NASA Astronaut and listen to him talk about space flights and the future of space travel...

Today we are very lucky to have a talk from NASA Astronaut Jim Reilly who has recorded a presentation for you and he sends his best wishes to everyone in Scotland.

Note: Remember you can go full-screen to see more detail of Jim's presentation. 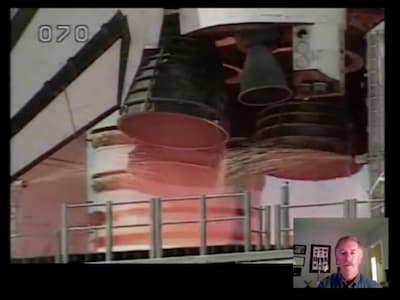 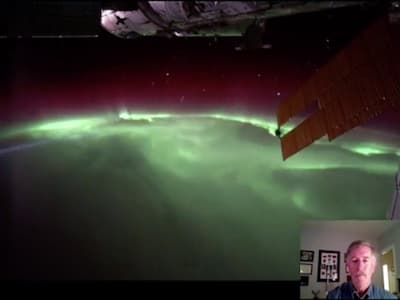 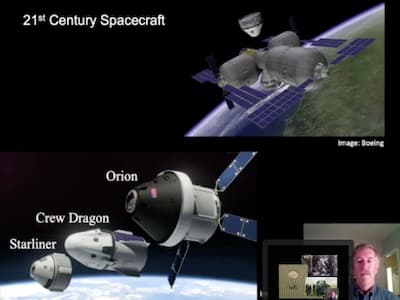 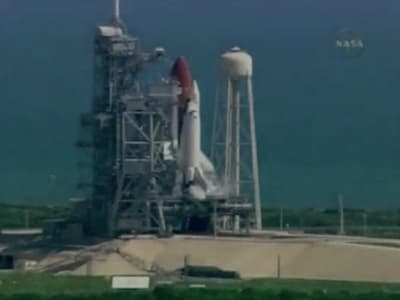 After watching Jim's talk why not draw a picture of where you would like to go in space or design a space suit to wear.

For tomorrow get ready to learn more about the International Space Station (ISS) which Jim visited.

Today we are going to find out some more about the International Space Station (ISS).

Yesterday we heard from Astronaut Jim Reilly about how he travelled to the ISS 3 times.

See what you can find out about each mission and who travelled with Jim.

NASA has loads of information here for you to do your research.

Each space flight has its own unique badge designed specially for that mission made for everyone to wear on their suits.

These are the badges that were made for Jim's missions but we would like you to design one for you and your fellow Space Explorers.

Have a good look at all the elements that are included in the Mission Patch and get to work.

Send us a photo of your designs.

Where is the Space Station Now?

Did you know the Space Station has been orbiting the Earth for almost 10 years now.

The ISS orbits the Earth 16 times every 24 hours. That is a lot of sun rises and sun sets for the Astronauts and Cosmonauts.

Use this tracker to see if you can spot where the ISS is when you are out doing your Star Gazing activity. 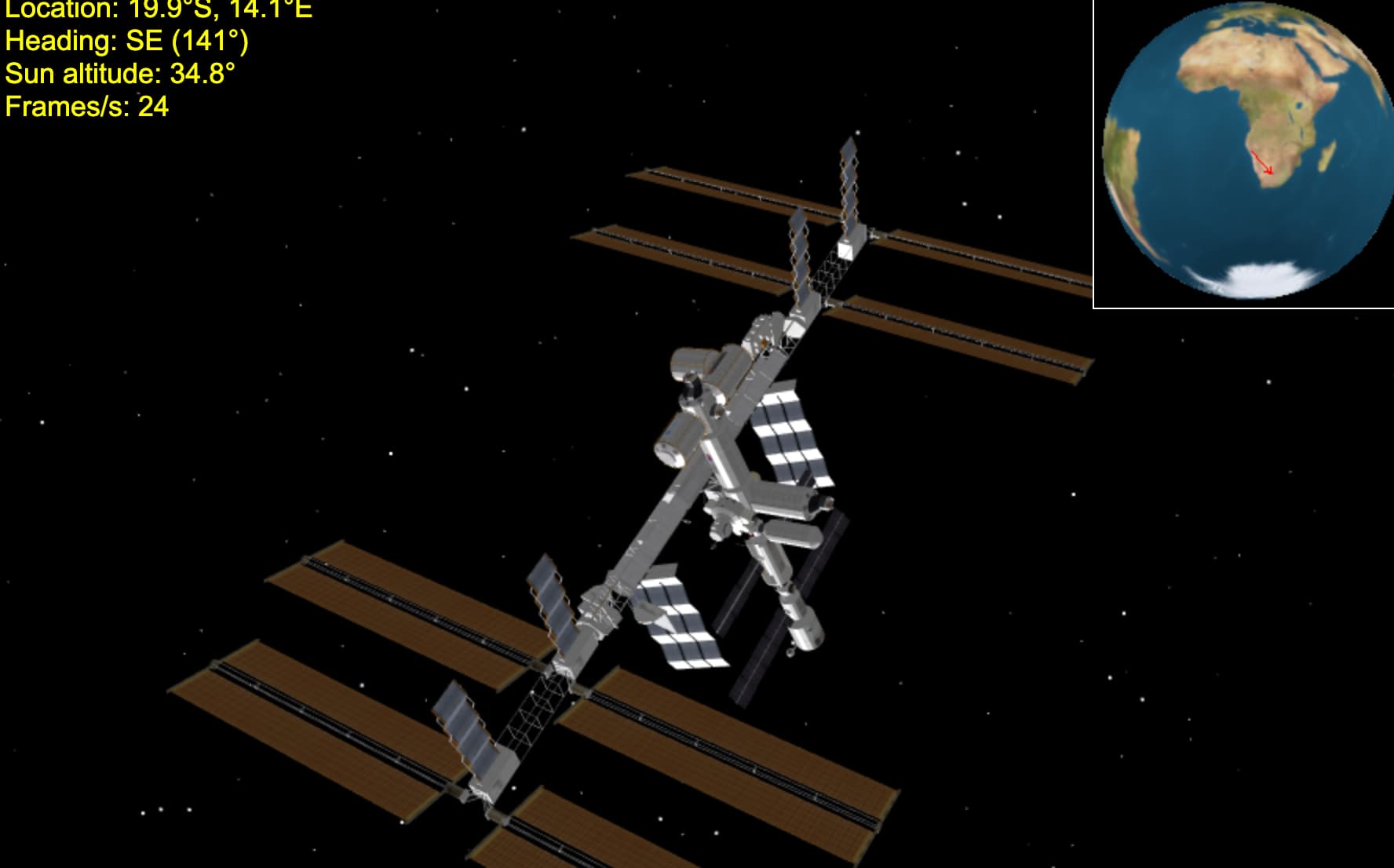 Interactive 3D Model of the ISS 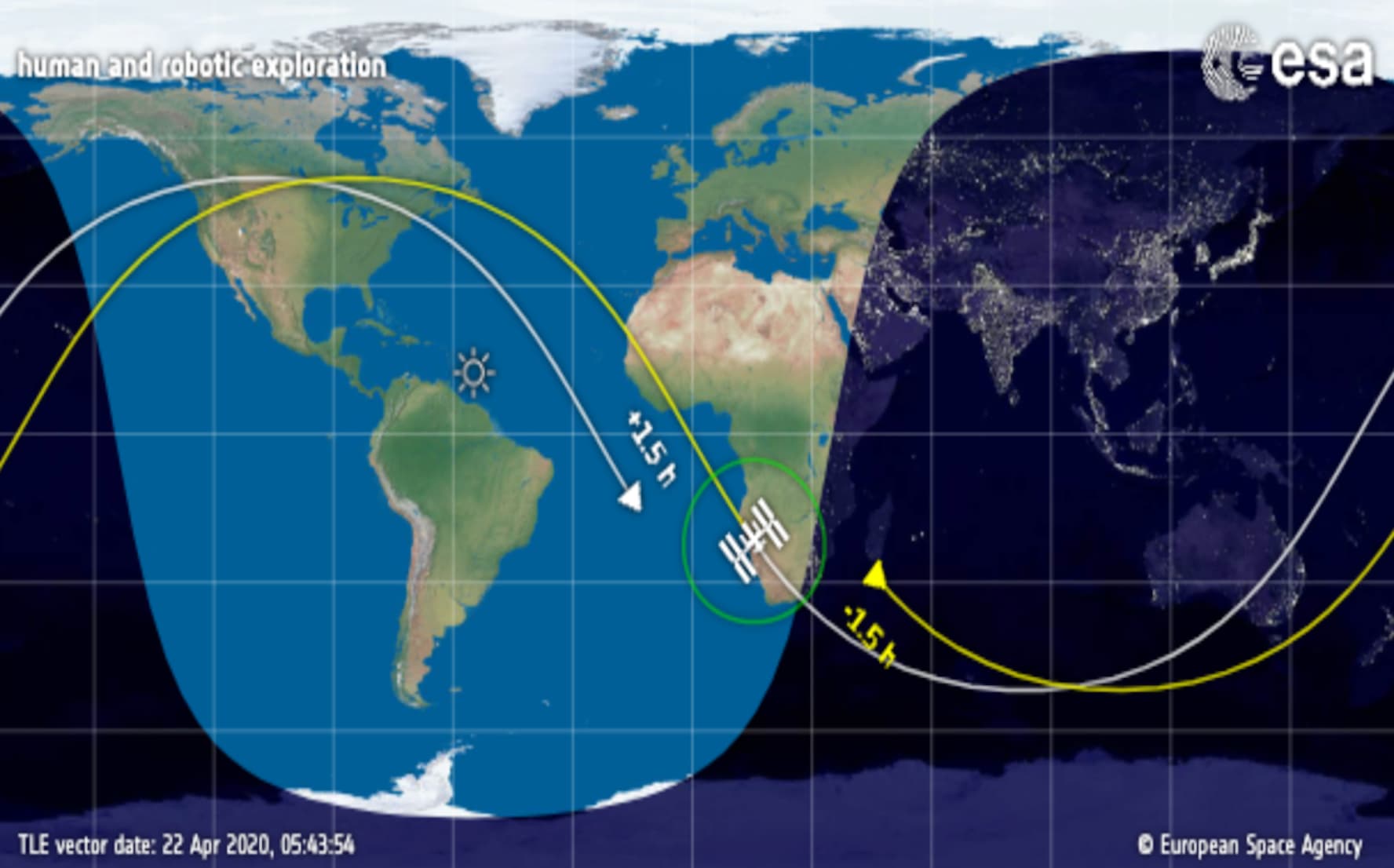 
Who Lives On The Space Station?

There is space for 6 people to live and work on the Space Station which includes sleeping areas and research areas and a gym to ensure the Astronauts and Cosmonauts stay fit and well while living in microgravity.

There is an international crew on board working together to keep the station in good repair and carrying out important research experiments to help us on earth with all sorts of things from medical innovations to how fire behaves in microgravity.

The crew do spacewalks when they have to carry out repairs to the various parts of the station (as Jim mentioned in his talk yesterday).

School children have been involved in developing experiments and sending them in the Shuttles to the ISS.

Some UK schoolchildren enlisted Tim Peake (UK Astronaut) to take seeds into space and then return them to Earth to see if they would grow.

If you had the chance to send an experiment to the space station - what would it be? What do you think would happen differently in space than on Earth?

In 1665 there was a great plague and just like today everyone was "social distancing" to keep healthy. During this time Isaac Newton worked on many of his most important research. Today "Network's Laws of Motion" is still widely applied so watch this video to see astronauts demonstrating some of these principles.

It was nearly 400 years later before Newton's work needed to be updated by a young Swiss patent clerk. Can you guess who it was from the photo to the right?

Hint: His most famous mathematical equation was E = mc2 and we will learn more about him in a few week time... 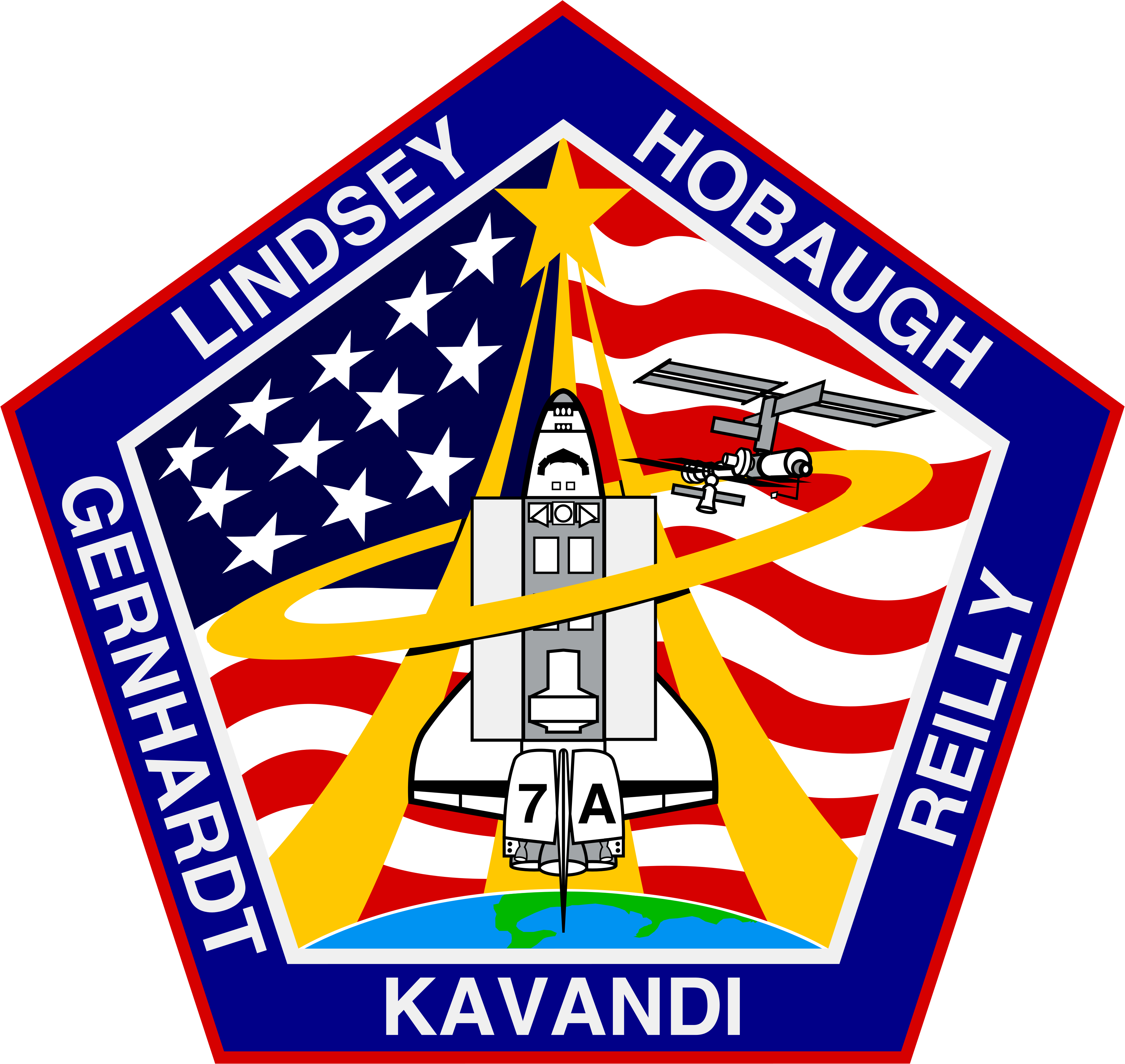 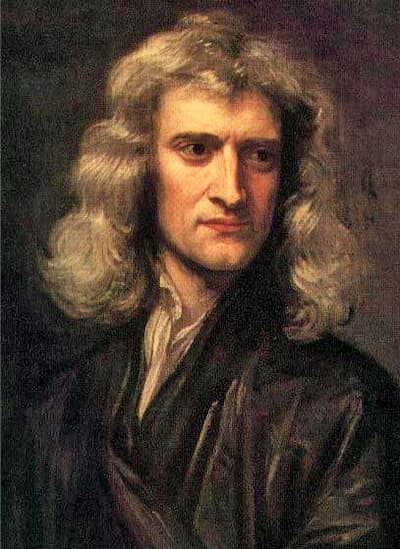 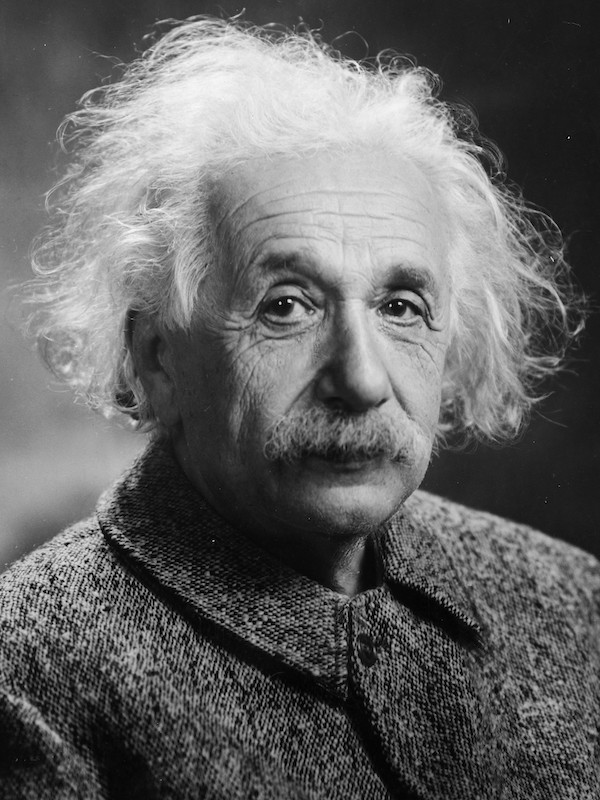 Can you guess who this is?

Build a Space Ship and Travel The Universe


Draw Your Space and Aliens

What a week! We have had learning about star gazing and the solar system and of course travelling with Jim to the International Space Station.

Today you are going to build a space ship and plan your journey to a new planet.

We want you to think about the planet you are visiting - what will it look like, what size is it, how long will it take you to get there?

Once you arrive will there be Aliens living on the planet or maybe you will just meet them on the way?

Have a look at the worksheet and get to work - your starting point is the household recycling!

How To Build A Space Ship

Why not learn more about how rockets work by watching our first video below (and worksheet) and then how to build your own rocket in the second video (and worksheet)!

Now learn how to build your own rocket (see the worksheet too)!

Remember: Don't forget to send us photographs of your rockets and Aliens.

Send Your Rocket and Aliens Photographs

Whilst you are building your rocket and drawing your Aliens way not listen to the adventures of Max... 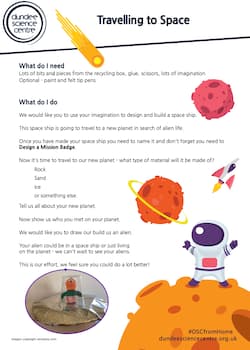 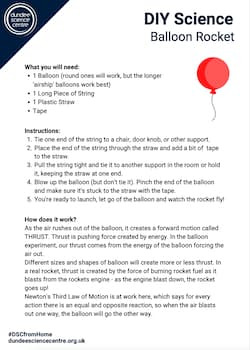 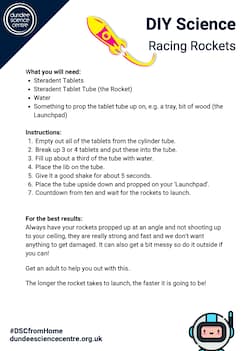