Stargazing and the Moon

Have you ever looked up in the sky and wondered “What’s out there?” It turns out, there’s quite a lot out there! From star systems with planets to asteroids and comets, space is full of really cool stuff!

This week, we will focus on just a few of the really cool things in space: stars, our solar system, and the Moon! 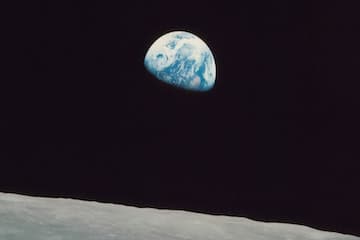 What is a star? Stars are huge balls of mostly helium and hydrogen burning in their cores. They give off light and heat and are the building blocks of galaxies. In fact, astronomers estimate there are about 300 billion stars in our galaxy – the Milky Way – alone!

Stars form in clouds of gas and dust, which are called nebulae. Scientists have theorised how the birth of a star happens, but actually, no one has been able to see it happen! In October of this year, though, the Webb Telescope will launch and one of its instruments – the MIRI or Mid-Infrared Instrument – will be able to see inside these nebulae for the first time!

Read more about the Webb Telescope at jwst.org.uk web site.

You would have to go around the Earth 1 billion times to match that distance! Unfortunately, you cannot see it from much of the Northern Hemisphere on Earth.

Check out the Virtual Planetarium shows below to learn more about ‘What’s Out There” and start your ‘Shapes of the Moon’ activity today to be ready for Friday!

Before television, YouTube, TikTok, or even radio, people had to entertain themselves by telling stories a long time ago. They did that by naming the stars and taking pictures in the sky to tell their stories. Today, we call these pictures constellations.

Constellations are groups of stars connected by an imaginary line to draw a person, animal, or anything else the storyteller wanted. It is important to know that the stars only look close together, but they are very far apart in reality.

Officially, there are 88 constellations, but many of the names we know are asterisms – smaller parts of a larger constellation. For example, the Plough is a famous asterism as it is part of Ursa Major – or Big Bear – constellation.

The brightest stars in constellations were named in ancient times, but nowadays, stars are named based on their location in the celestial sphere – the part of the sky above the Earth that we can see.

We see different constellations at different times of the year because Earth travels around the Sun on its axis, changing the direction we are looking into space. Even as the Earth rotates through the day, you can see that the constellations appear to move across the sky. That is because the Earth is turning and looking at a different section of space all the time.

Check out these Scotland-based stargazers and learn more about the constellations we can see here in Scotland! Don’t forget to try your Constellation Torch, and send us pictures on social media to see your brilliant creations!

Comets and Asteroids and Meteors, Oh My!

When we look up, sometimes, we see bodies that aren’t stars. What could they be? In some cases, they are planets or even spacecraft (check Spot The Station to know when the International Space Station is visible in your area), but did you know there are even more small bodies in space to see?

Comets, asteroids, and meteors are slightly more challenging to see because they usually happen at specific times of the year and are very fast.

Comets are like snowballs of frozen gas and dust that make very large orbits around the Sun. They begin to burn up and spew gas and dust as they come closer to the Sun, giving them their famous tails. Currently, we know of 3,709 comets. Many comets come from the Kuiper belt – where Pluto and a few other dwarf planets exist – and can make an appearance past Earth up to every 200 years or so. Others come from the Oort Cloud – out past our solar system – and can sometimes take up to 30 million years to orbit the Sun! This year Comet Leonard C/2021 A1 is due to pass Earth in early December.

Asteroids are rocky pieces left over from the creation of the solar system and also orbit the Sun. They have no air on them and can vary in size and composition. Most of the asteroids in our solar system exist in the Asteroid Belt between Mars and Jupiter, but sometimes, they get knocked off course and can move out of the Asteroid Belt. There is also a dwarf planet within the Asteroid Belt called Ceres (like the village in Fife). Currently, the known asteroid count is 1,044,726.

Meteors are rocks and debris – and sometimes small asteroids – that enter Earth’s atmosphere. While they are just moving through space, we call them meteoroids or space rocks. When they enter the atmosphere, they are called meteors, and if some of it lands on Earth, they are called meteorites. If you’ve ever seen a shooting star, it was probably a meteor burning up in the Earth’s atmosphere. Scientists estimate that about 48.5 tons (44,000 kilograms) of meteoritic material falls on Earth each day.

Sample of the meteorites at the Dundee Science Centre. 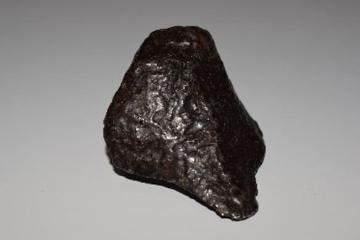 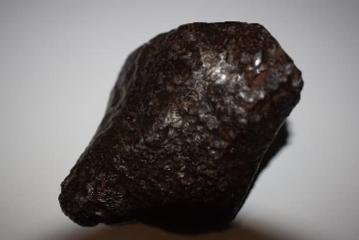 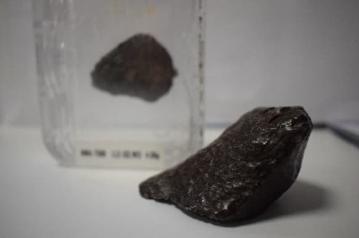 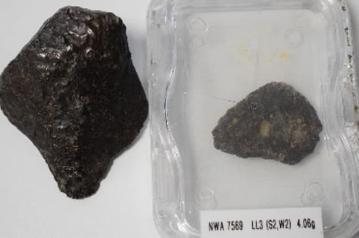 Also see our other Galleries.

Why doesn’t the Moon fall on us? Shouldn’t gravity pull it back to Earth?

That was the question a very famous scientist named Sir Isaac Newton asked in the 17th century. The famous story tells of the scientist sitting under an apple tree at his home as a boy, and an apple fell on his head. He wondered why the apple falls to the ground, but the Moon does not.

The idea he described was an orbit, and it is why the Moon does not fall to the Earth. It is moving around the Earth so quickly that it basically, just misses the Earth and continues to go around and around.

That is also how the International Space Station stays in space! It is technically always falling to Earth, but it is moving horizontally so fast that it just misses actually hitting the Earth and continues to go around and around!

Check out the video below to see just how this works!

This week, you’ve been tracking the Moon each night. What did you notice? Did the Moon change shape? Where was it in the sky?

There are 8 different shapes we use to describe the Moon:

Like the Earth revolves around the Sun, the Moon revolves around Earth. It takes the Moon 27.32 days to complete a full revolution. During the month or so, you might notice the shape changes and the Moon appears in a different part of the sky at different times. That is because of the way it is positioned with the Earth and Sun.

Watch the video below from the National Space Centre to learn exactly how this works.

Did You Know? Astronauts who went to the Moon discovered that the Moon has a smell! Do you think they took their helmets off outside the space shuttle to take a whiff?

NO! Of course not! They had dust all over their suits, and when they came back inside and then took their helmets off, they smelled a smell like spent gunpowder! Why? No one knows, but some scientists hypothesise that it might have been a reaction between the dust and the water or oxygen inside the lander, or even possibly a release of particles charged by the Sun’s radiation.