Today we are going to build a mould garden!

Mould (sometimes spelt "mold") is a naturally occurring organism which plays a significant role in our Earth's ecosystem. They are an essential part of nature's ability to recycle material.

Mould reproduces by releasing tiny spores that float through the air, both indoors and outdoors. If the spores land on a surface with the right conditions (moisture and nutrients), mould will form.

There are thousands of different kinds of mould. Some moulds cause disease or food spoilage (as you will see when you watch the video below), however, you can use them to make some kinds of cheese.

Mould has good uses too, and many antibiotics are developed from natural anti-bacterial substance made by moulds.

We would love to see how your Mould Garden is coming along - please send us your photos each day as you record the results and we can follow your progress.


Once you have built your Mould Garden, watch the video below to see what might happen over the next few weeks. 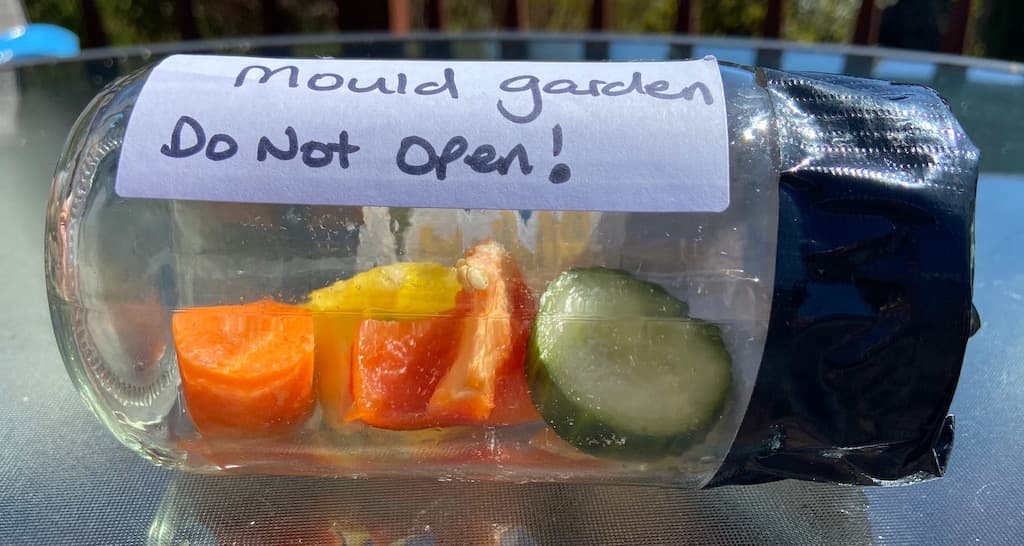 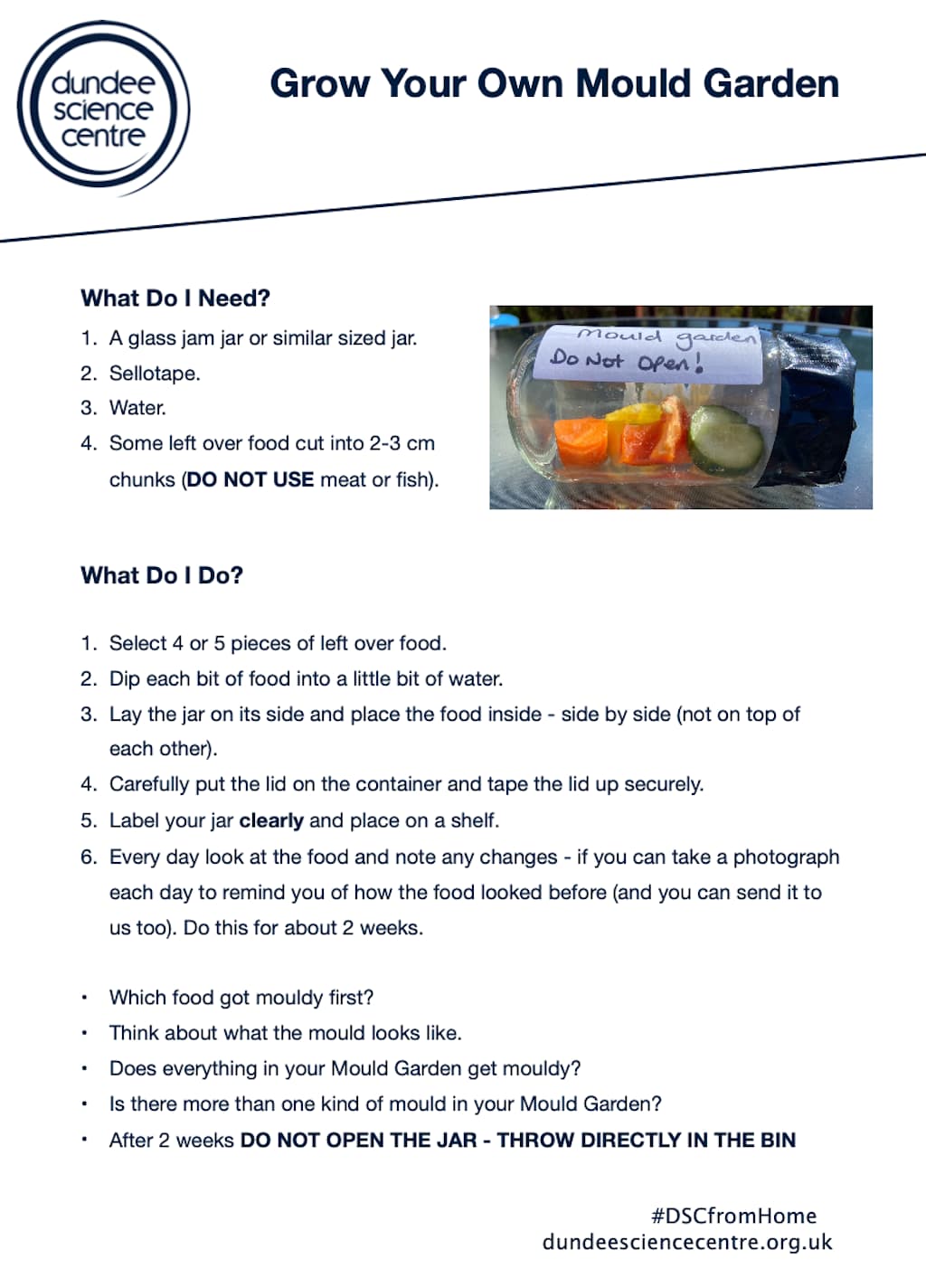 This page is part of the Body Bits Week information.